Published by Shelldon Wells on 7 August, 2011

Although not the first of the Portuguese explorers to travel the coasts of South Africa, Bartholomeu Diaz made it round the Cape before his crew decided enough was enough, Vasco Da Gama was the first to reach the shores of Natal.

Born in 1460/69 on the southwest coast of Portugal, Da Gama was one of the most successful explorers of the age and commanded the first ships to sail directly from Europe to India, he was also Governor of Portuguese India under the title of Viceroy.

On the 8 July 1497, Da Gama left the port of Lisbon and set sail in the carrack “Sao Gabriel” along with 3 other ships. He followed the routes pioneered by earlier explorers along the coast of Africa, reaching the African coast on 4th November 1497 after 3 months and 6000 miles of open ocean sailing.

On Christmas Day of 1497,  Da Gama’s armada sighted the east coast of Africa and named the are “Natal” which is derived from the Portuguese word for Christmas. Two days later Da Gama anchored in a protected bay he promptly named “Port Natal”. 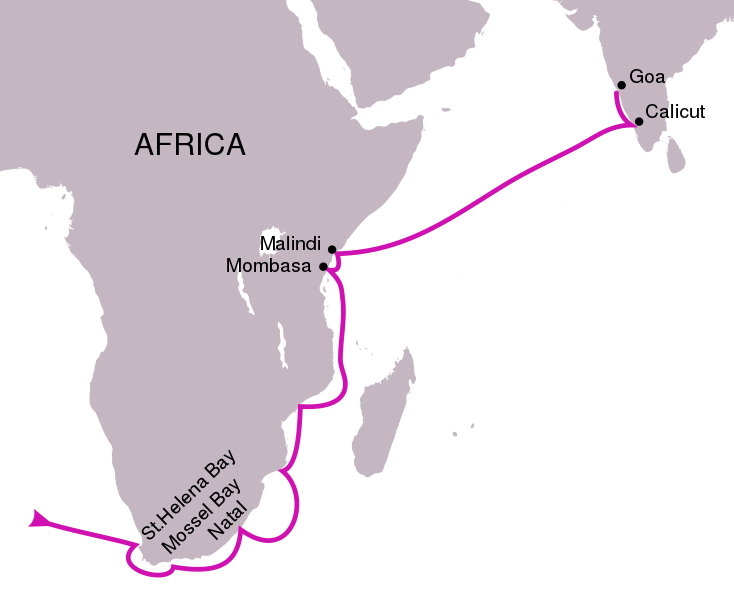 Da Gama had nothing more to do with Africa and after a stint with piracy, returned home in September 1499. For the most part, the only Portuguese sailors to land at Natal were the survivors of shipwrecks.

Some weeks ago I was contacted by a Dutch family who were planning on traveling around South Africa. They week keen to get some insight in Zulu culture when they started their Zululand and Durban Read more…

It’s been quite a while since we last conducted a tour to Shakaland, I’m not sure why this is since Shakaland is a fantastic place to visit and experience Zulu culture when visiting Durban, South Read more…