Published by Shelldon Wells on 27 October, 2011 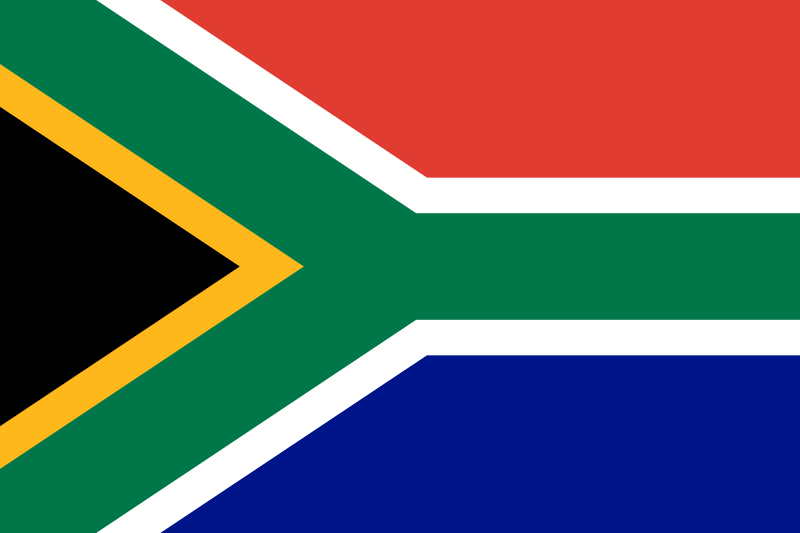 In 1993 a competition was held to design a new flag for South Africa in which 7000 designs were received by the National Symbols Commission. Interestingly 6 of the designs submitted were presented to the public and the Negotiating council but none recieved any support. Even after some design studios were contracted to design a flag, by the time Parliment went into recess at the end of 1993, there was still no new national flag!

In the end, an interim flag designed by Frederick Brownell was used for the 27 April 1994 elections as well as for Nelson Mandela’s 10 May inauguration, though it had only been proclomated on the 20th April 1994. Response to the flag design was once again mixed but in the the end was adopted as South Africa’s national flag.

The Design for the South African Flag

The design incorporates a number of colors including black, blue green, yellow, red and white; and although individuals might attach personal significance to the colors, there was no intentional meaning attributed to the colors according to the government. The design does however represent a “coming together” of cultures.

The only significance to color is perhaps the ”chilli red’ as Anglo-Africans would have preferred ‘red’ and Afrikaners “orange” and so “chilli red” was settled on as a sort of compromise between the two.’

Schedule One of the Constitution of South Africa (1996) replaced the heraldic definition and described the flag in plain English as follows:

The national flag is rectangular; it is one and a half times as long as it is wide.

Taken in part from Wikipedia.

Some weeks ago I was contacted by a Dutch family who were planning on traveling around South Africa. They week keen to get some insight in Zulu culture when they started their Zululand and Durban Read more…

It’s been quite a while since we last conducted a tour to Shakaland, I’m not sure why this is since Shakaland is a fantastic place to visit and experience Zulu culture when visiting Durban, South Read more…