On this Monday past I departed on a Hluhluwe Imfolozi 3 Day Safari Tour from Durban. It was a reasonable time start (for me anyway) with me only having to collect my two clients from Spain at 7:30am, instead of the more usual 6:30am start. Well thanks to roadworks on the very road I needed to take, I eventually was only able to arrive at 8am! Very embarrassing and not very professional. So after some very sincere apologies we loaded up and headed up the north coast towards our first stop, Emdoneni. 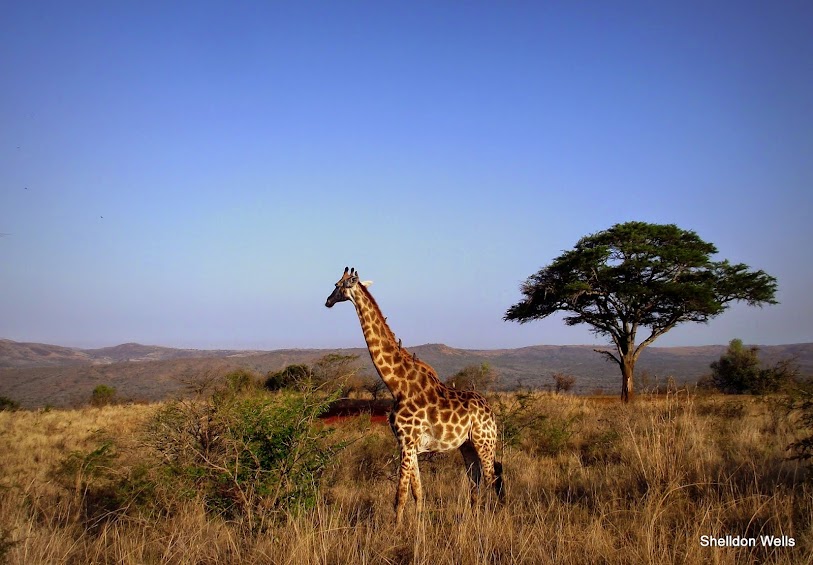 So after a slightly later than expected start we headed off northwards to our first stop, Emdoneni Cat Rehabilitation Center. Established in 1994, the center’s objective is

“…to facilitate environmental education and conservation of Cheetah (currently listed as endangered by the IUCN) and Servals (becoming increasingly threatened through habitat loss and hunting), African Wild Cat (in-breeding) and Caracals (killed by farmers).”

On arrival we joined another small group and started the tour around the facility. The draw card fro Emdoneni though, is the Cheetah interaction. Here visitors can pose with the two resident Cheetah and have their pictures taken (perfect Facebook opportunity!). Normally this visit goes by without incident, however on this occasion, my client received a very gentle Cheetah “hug”, leaving her a little shaken. Anything can happen on these Durban Safari Tours!

After the visit to Emdoneni, we moved onto the the Hluhluwe Imfolozi Game Reserve, some 20 minutes away. We entered through the Northern gate and spent the first 2 hours of the time in the park being spoilt by the number of sightings seen! The usual suspects popped up, Giraffe, Zebra, Nyala and Buffalo. There were also some Wildebeest about which I haven’t seen in this section of the park in ages!

So after a great afternoon we had a bit of lunch and then checked into our rooms. A bit later my clients got to enjoy an evening game drive through the Hluhluwe section of the park which we include in our safari tours, a real treat.

The plan for today was to head into the Imfolozi section of the park in the hopes of finding some cats. The temperature in the car crept up into the high 30’s (centigrade) and by lunch time I think we were all grateful for the air-conditioning.

Unfortunately although there were rumors of cats, that’s all they were rumors; sometimes you win, and other times the cats hideaway! The day was still fantastic though, Elephant and Rhino sightings ruled, and we saw Kudu and Warthog, Buffalo and Wildebeest. So at this point we had seen 3 out of the Big 5 on our Safari. 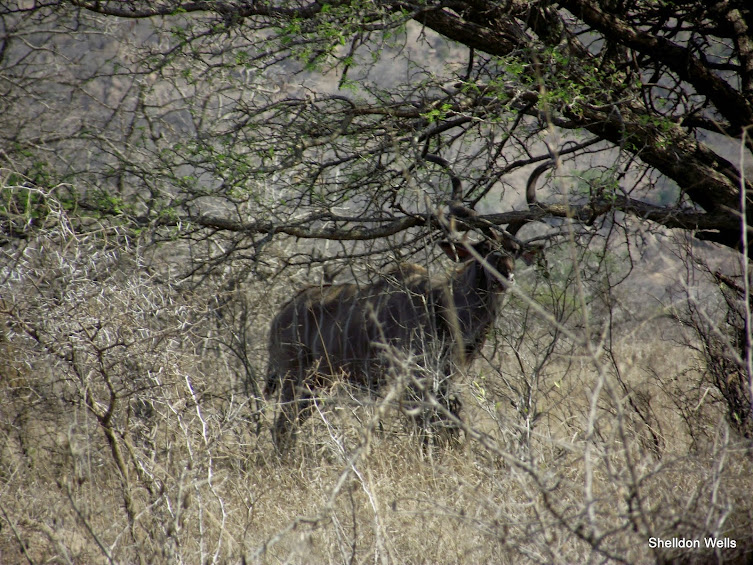 We also had some great bird sightings, with a Lilac Breasted Roller flitting about the car, and Bee Eaters darting about. We also paid a visit to one of the hide’s, but nothing much was stirring so we decided to head out for lunch at Centenary Center.

Crash of Rhino at the Hluhuwe Imfolozi Game Reserve.

After lunch I decided to take the slightly longer route back to Hilltop Camp in the hopes of maybe spotting something interesting along the way. And I’m glad we did. On cresting a hill we came across a fantastic scene of some Rhino all chilling out in a dried out waterhole. You just never know what’s around the next corner on these safari tours, but it’s always great fun!

Rhino’s populations are under pressure thanks to poaching so seeing them peacefully napping the afternoon away was really heartwarming. After the Rhino’s we continued on to Hilltop, everyone a little tired after 11 hours of game viewing on our Hluhluwe Imfolozi 3 Day Safari Tour!

Our last morning had us up early once again, and we headed into the bush at 6:30am to look for those pesky Lions. We didn’t get them (again) but the morning wasn’t a waste since the hills were alive with the sound of Elephants! At one stage we were stuck in the middle of two herds of Elephants, pretty exciting.

After leaving the Hluhluwe Imfolozi Game Reserve we started off to St.lucia Estuary for the 2 hour estuary cruise. We also walked along the boardwalk for about 200 meters or so that I could point out some Nile Crocodile and Hippos basking on the shores of the estuary, just 50 or so meters away from the boardwalk where people were enjoying their afternoon walks.

Finally though, like all good things, the tour had to come to an end and it was time to head on back to Durban. We  once again chatted about South Africa on the way back to Durban which helped time slip by and in no time at all, dropped my clients off at their accommodation.

For more information about this tour, or any of the other tours we offer at Country and Coastal Touring, use the contact form below to send us a message and we’ll get back to you as soon as possible.

Country and Coastal Touring are registered tour guides and operators based in the city of Durban, South Africa. We offer day tours, overnight tours and multi-day tours around the country of South Africa.

A Visitors Guide to Lions at the Hluhluwe Imfolozi Game Reserve

Panthera leo aka Simba aka Lion Everyone’s favorite – mention out loud that you spotted lion at breakfast time and within minutes you’ll have crowds of people around your table asking where and when! Lion Read more…

Why Do Zebra Have Stripes

*edit: This post was initially written for a website which a few months ago became defunct and was shut down; the post was then published on Medium. I Am publishing here on my site was Read more…

Enjoying a Big 5 Safari Tour and a South African Braai

Visiting game reserve in (or outside) South Africa is always an amazing experience even for those like myself who enjoy safaris on almost a weekly basis as a safari guide! And over the years I’ve Read more…